Here, I’ll write a tutorial on how to integrate IBM MQ with IBM API Connect v2018. The same is valid for v10 as well. So far, IBM has not povided us with any in built policy to integrate with MQ. However, MQ integration is very crucial for any enterprise. In this tutorial, I’ll cover how we can integration API Connect with MQ. We’ll follow the same custom extension framework that I have explained in my previous article on creating custom gateway extension of crypto object. We don’t have to always depend on IBM to deliver such features.

If you have not read my previous articles on APIC, please go through those:

Before proceeding, let’s build the a use case for this tutorial to integrate MQ with API Connect. We’ll keep it very simple. Let’s expose a REST API that will accept a JSON payload from user and then it’ll persist the same into a MQ Queue.

Following will be our input data:

After successful execution, we would like to see the same message in the queue.

I am assuming that you already have installed or have access to MQ. In my POC, I have installed IBM MQ in my laptop where I am also running the APIC LTE.

There is no inbuilt policy for MQ Queue Manager connectivity in APIC. We are also not supposed to create Datapower objects manually in the APIC domain. Hence, we’ll to write a custom gateway extension containing the CLI commands to create a MQ Queue Manager object in the APIC domain of Datapower Gateway. Now, most of us are unsure of the syntax and how to use such CLI commands in Datapower. Like I showed in previous article, let’s do the easy hack.

In the same APIC domain, let’s search for Queue Manager and see the object we just created using CLI commands:

Now, the easy part i.e. to build an API with a gateway script in assembly that puts the input message to the MQ. Following is the swagger for this API:

Well, that’s it for today. We just learnt how to integrate MQ with APIC seamlessly. Stay tuned! 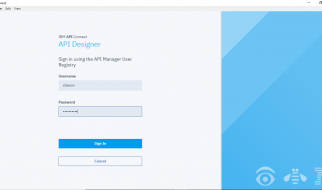 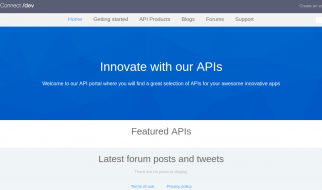