When I started exploring IBM API Connect, the first thing that hit me was can we set it up in my local system to run and test APIs? Or do we have to always go to bluemix portal and create a trial account for exploring API connect. I started searching through internet. Guess what!! I got some resources from github and IBM knowledge centre on how easily you can install API connect in your local system without much hassle. In this tutorial, I will document my learning on how to install IBM API Connect on personal windows or linux system. Curious to know how easy it’s to install a complex product like API connect (with various components) in your local system with complete control? Well, so read on.

Please take a look at my latest blog on how to install APIC v22018 local test environment in your personal system: https://iteritory.com/install-ibm-api-connect-lte-in-local-windows-system/

I started writing the tutorial with Windows 10 professional as my base OS. However, my system started reaching 100% disk usage issue and was a bit unstable while it was running. Mostly that was because of the issue of my OS itself. I spent couple of days doing everything that is there on internet to solve this disk usage issue. But, nothing worked. I didn’t have patience to spend more time on it. Hence, installed Ubuntu as a dual boot. However, you can use Windows operating system given your system also does not reach that annoying 100% disk usage issue.

To install IBM API Connect in your local, you need to have little knowledge of docker. As this is not docker tutorial, hence I will suggest you to go through some materials in internet to make yourself familiar with docker.

A little knowledge of git will also be useful. However, if you don’t know, don’t panic. I will try and cover alternate as well. So, I have you covered either way.

All in all, below is the list of all the technologies used here in this tutorial –

Now, we need to make a decision as to which gateway service shall we choose. We have two options – Datapower gateway or Micro gateway. While Datapower gives us more flexibility and options, micro gateway is very lightweight. In our case, we will opt for Datapower Gateway Service.

Above steps are taken from the resolution of github issue#39. I have put together the same steps mentioned there just for the convenience of readers.

In one of the previous section, we spoke about using a fake smtp server to trap the emails sent by API connect. We can very well download any fake freely available smtp server from internet and use it. However, connecting to that smtp server from inside the docker containers may turn out to be challenging. At least, I spent a lot of time to figure out how to establish connection to the smtp server from within the doc. Just to ensure, you don’t face the same issue, execute the following steps. This will make your life really smooth. You can thank me later!! 🙂

Well folks, we just installed IBM API Connect in our local systems. It’s pretty easy!! Isn’t it? Please let me know should you face any problem in completing this. I’ll try and help as much as I can. See you later, happy installing!!

Also, please go thought the next blog post, where I have covered how to setup and configure the API Connect platform and make it ready for the development. 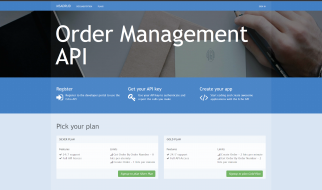 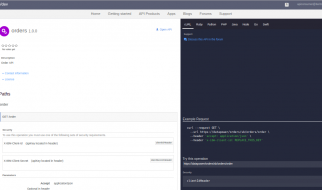